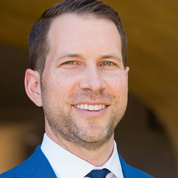 Fellow for Media and Digital Disinformation

Bret Schafer is the Alliance for Securing Democracy's Media and Digital Disinformation Fellow. Bret is the creator and manager of Hamilton 2.0, an online open-source dashboard tracking the outputs of Russian, Chinese, and Iranian state media outlets, diplomats, and government officials.

As an expert in computational propaganda, state-backed information operations, and tech regulation, he has spoken at conferences around the globe and advised numerous governments and international organizations. His research has appeared in the New York Times, USA Today, the Wall Street Journal, and the Washington Post, and he has been interviewed on NPR, MSNBC, CNN, Al Jazeera, and the BBC.

The Alliance for Securing Democracy (ASD) is a nonpartisan initiative housed at the German Marshall Fund of the United States.